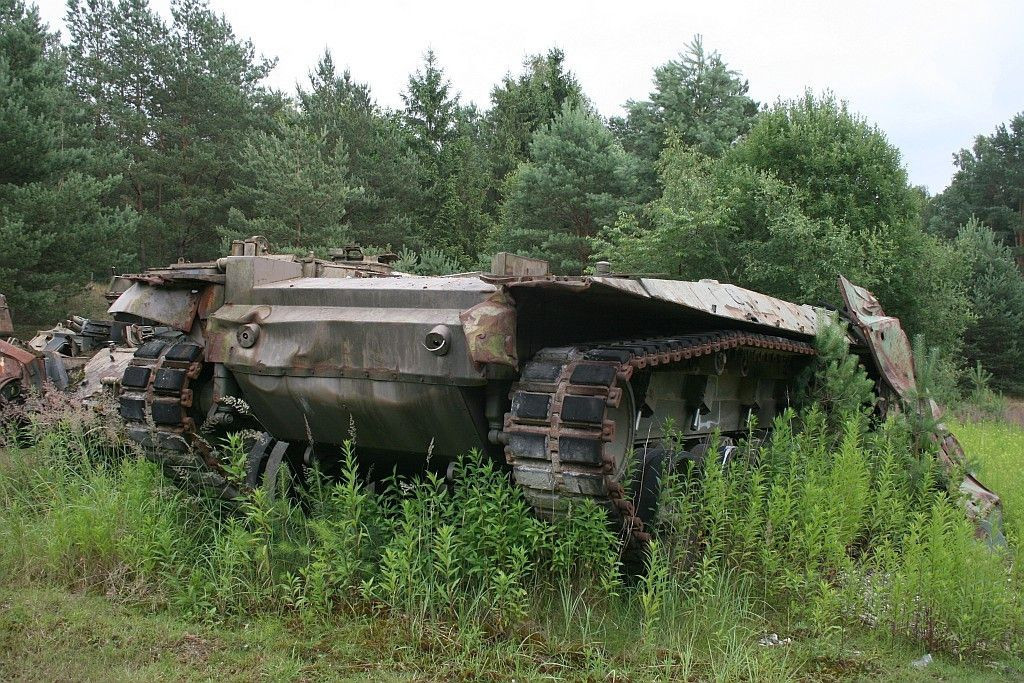 Hah, yet another Leopard 2 prototype! I stumbled upon these images of a Leopard 2 prototype waaay back when I administrated a site solely about the development of the Leopard 2. The original author of the photos was so kind to let me post them. This specimen was found at the Sennelager Truppenübungsplatz, Germany. Photos below courtesy of Peter van Iren © 2008.

The images show a rather peculiar modification of a Leopard 2 prototype. It seems very likely that after trials in 1974 this vehicle served as testbed for development of some sort of new suspension design. The images show that the hull has a lot more ground clearance than would normally have been the case with such a prototype. As can be seen, the front of the hull has been completely overhauled.

This vehicle can easily be identified by its license plate: “Y-647098”. This plate identifies it a first generation Leopard 2 prototype hull PT 06 ​[1]​. This prototype was trialled starting in the spring and summer of 1974 in combination with turret T 05 ​[1], [2]​. Coincidentally, turret T 05 is now mounted on another prototype hull, located in Sweden. On Hartziel.de you can find a couple more photos of the same vehicle at Sennelager.

This site uses Akismet to reduce spam. Learn how your comment data is processed.